The biggest news this last week was the launch of seven additional NFTX vaults on SushiSwap, being slated to release since the community raise back in December 2020. With this release, the DAO treasury has added a total of 2.5$mm combined liquidity in NFT and $NFTX to free markets, making the NFT ecosystem much more liquid.

As every vault that was bootstrapped by the DAO has historical value in the broader NFT landscape, we’ve released individual launch posts for every category going in-depth on the NFTs, how the vaults are set up, and how to interact with them.

Make sure to have a look at each launch post below:
- Axie Infinity Release
- Avastars Release
- Autoglyphs Release
- Cryptokitties Release

This week’s Governance meeting discussed lots of points, including two proposals surrounding the acquisition of Kiwi and retroactive rewards for Vasa and Owen, which has since passed its governance proposal on Snapshot!

The full agenda and summary of the last call can be found on our forums.

Last week we had another highly sought after Solidity developer, @Kiwi, join Alex on the protocol squad - alongside the existing product squad pushing along.

The product squad is continuing to redevelop the frontend app and has just finished work on a new minting process. Tests are being written up this week and we’re on the lookout for any beta testers that would like to take the new front-end for a test drive. If you’re interested in user testing, please contact @javery on Discord or email hello@nftx.org.

Kiwi has been working with Alex on the V2 contracts, and while we can’t share the details at the moment it has been amazing to watch this come together over the past week through their development channel. If you have any v2 suggestions drop them onto our feature requests board.

This week we’ve seen a continuation of new vaults created on the NFTX platform and adding to the already healthy supply on NFTs in the system.

New vaults added to the Gallery this week include:

The Alpaca team is making the most of this new vault by seeding more than 50 Alpaca’s to get it going and running a liquidity competition. They are providing a total prize pool of $5k worth of ALPA, and anyone with liquidity against the $ALPACA/ETH pair will be eligible to earn from the prize pool. More details can be found here.

Pixl-Basic has also become popular very quickly with the vault only going up over the weekend and already it has holdings of more than 70 NFTs.

If you’re ready to start your own vault you can get started now by following this tutorial, or alternatively reach out on the NFTX Discord.

As we covered in the previous week in review on the 22nd of March, the $NFTX token and some additional NFTX-based vault tokens such as $PUNK-Basic and $MASK are getting lots of attention from other protocols in the DeFi scene.

After launching the $PLAY announcement, the team behind Indexed Finance didn’t sit still and quickly responded with their own version of an NFT Metaverse Index token, which has a differently balanced portfolio - much more focused on premier platforms within the NFT scene.

Since its launch a few days ago, the market cap of this index has exceeded the $1 million mark. The current portfolio is made up of 10 tokens, being ENJ, MANA, SAND, AUDIO, SUPER, AXS, ERN, GALA, RARI and NFTX.

A full overview can be found on their website here.

After the secondary market on OpenSea started picking up floor buys around the 0.75ETH mark the sales on the EtherCard site dried up as the bonding curve had new common cards starting at 1.75ETH.

To incentivise people to buy them from the original site there are some new bonus opportunities for newly minted cards. These include

The final point may impact users that have purchased and minted a card into the $CARDS vault as it would have gone from their wallet and onto the NFTX treasury. We have reached out to the EtherCards team to see if any $CARD holders are also eligible for the pristine trait as long as they bought the original card from the site.

As of yet we are still waiting on confirmation, but we’ll have more details for you next week.

Another celebrity is getting involved with NFT’s, although this time it’s more obviously tongue in cheek. Last week, John Cleese put out a video tweet announcing that he was auctioning a picture of the Brooklyn Bridge.

The drawing itself is… well it’s as good as anyone reading this can do. The buy it now price is Beeple’s “5000 days” sale price of $69m, however there are some legitimate bids which currently top out at 21ETH at the time of writing. Fancy a bid?

This poke from Cleese, combined with SNL’s Slim Shadey take on What’s an NFT, has had people asking if we’ve reached peak NFT. With 1.8million views on the SNL twitter video alone this will cause another surge of both artists and collectors towards the scene.

This week robots joined the NFT buzz as human-like robot, Sophia, painted a depiction of her own face.

Hanson Robotics, the firm that developed Sophia, has been developing Sophia’s skills since 2016. She even was granted Saudi Arabian citizenship in 2017, making her the first robot as a citizen.

With painting as her new endeavor, Sophia managed to artfully depict herself on canvas. This asset was then digitized, sign, and minted on the blockchain. The sale was conducted on Nifty Gateway where the NFT sold for just below $700,000.

Rarebit Bunnies has been running for a while now, and their aim to releaser a bunny for every day in 2021 has delivered some wonderful pieces. Now that Easter is just around the corner, Rarebit are releasing a new site for generative bunnies — https://genbitbunnies.io/

You require a Golden Egg in your wallet at 12PM Good Friday to be guaranteed one of the first #0005-0100 genbunnies to be minted. There will be 7,000 of these generative bunnies minted in total.

If there are specific reports or data points that would be helpful for you please let us know on discord or at hello (at) nftx.org. 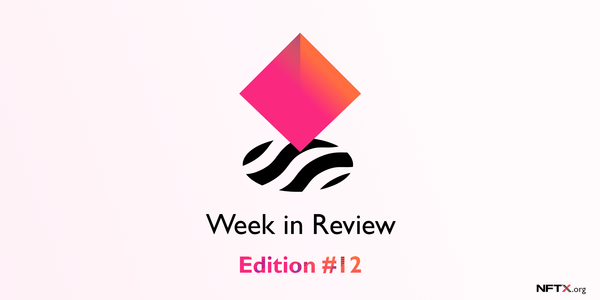 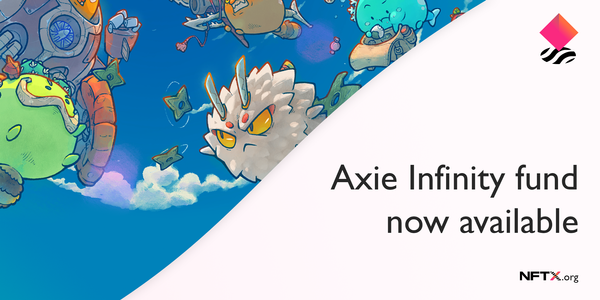 In this blogpost we will run through the new Axie Infinity NFT index funds which were recently released by the NFTX DAO.